Annalee Ashley, MBA, Chief of Staff to the President

Annalee Ashley serves as Chief of Staff to the President and Associate Vice President for External Affairs at Georgia Southern University.

As Chief of Staff, Ashley helps lead critical strategic and operational initiatives and provides counsel to the President and broader executive leadership team. In addition, she functions as the President’s liaison in helping drive key decisions, managing resources in alignment with strategic priorities, and resolving matters of institutional importance.

Under Ashley’s leadership, the Office of External Affairs at Georgia Southern University works to advance the goals of the university by fostering connections between the institution and surrounding communities; building and maintaining relationships the federal, state and local levels; and advising and educating faculty, staff and students on governmental policies and procedures, legislation and diplomatic protocol.

Prior to her current role, Ashley served as Director of Strategic Communications for the University of West Georgia, where she led institutional internal and external communication strategies, crisis communication protocols, and public and media relations activities. She previously held the position of Director of Government Affairs for Georgia Southern University. Prior to her work in higher education, Ashley served in various roles on Capitol Hill in Washington, D.C. for the Secretary of the U.S. Senate, the Senate Committee on Rules and Administration, and as a legislative intern for U.S. Senator Johnny Isakson.

Kendria Lee serves as the Deputy Chief of Staff for Georgia Southern University.

In her role, Lee manages the Office of Special Events and Protocol and oversees economic development and community relations for the university, working closely with economic development officials; city and county officials; and key stakeholders throughout the region to establish new ways to align the strategic goals of the university with the initiatives of the University System Office.

Prior to her current role, Lee held the position of Operations Manager and Executive Associate for Government and Community Relations – both with the Office of External Affairs.

Lee is a “Double Eagle” graduate of Georgia Southern University earning a Master of Business Administration and a Bachelor of Business Administration in Information Systems from the Parker College of Business. She is a graduate of Leadership Georgia Class of 2020/2021. Engaged in several community initiatives, Lee, an alumna of the regional program, Leadership Southeast Georgia, is currently serving on the Board of Directors. She also serves on the board of Synovus (Statesboro) and Junior Achievement of Savannah. Lee is a certified Protocol Officer and is a member of the Protocol and Diplomacy International – Protocol Officers Association.

Brian Harris is the Director of Government Affairs for Georgia Southern University. Brian leads all efforts related to state legislative priorities and works hand in hand with our local delegation on all issues affecting Georgia Southern at the state level. Prior to joining the external affairs team at Georgia Southern, Brian worked in the Governor’s Office of Planning and Budget as the main point of contact for several regulatory agencies to help them develop their agency budgets for each fiscal year. He has worked on three statewide gubernatorial campaigns and has experience in grassroots organization, public policy, fundraising and community engagement. Brian is a graduate of Georgia Southern University and currently resides in Statesboro with his wife, Caroline, and son, Finn.

Kristin Boylston is the Community Affairs Liaison with the External Affairs Division, a role that utilizes her long-term community service and leadership in the region. She has been with the University since 2015. Previously, she was the project manager of the Lumina Foundation’s Community Partnership for Attainment program, where she led the community-wide initiative focused on creating a more educated workforce in Savannah-Chatham County. In this role, she served as liaison to area companies, agencies and schools to encourage degree completion, and she led the creation and implementation of the Near Peer Career and College Advising program in six of the Savannah Chatham County Public High Schools. Kristin also served as the director of development and communications for Telfair Museums, where she was responsible for strategic planning, implementation and evaluation of the development and communications plans. At the Telfair, she led a $1.2 million campaign to support major exhibitions and raised approximately $3.1 million annually from individuals, corporations, foundations, government and other sources. She secured additional funds through aggressive grant-writing programs, managed six major special events netting more than $500,000, and produced award-winning communications materials for the organization’s rebranding efforts. Over the years, she served as the director of corporate relations and marketing for the Savannah Economic Development Authority and as the dean of institutional advancement for the Savannah College of Art and Design, where she continued her own education with a focus on art history, arts administration and museum studies. In 2012, Savannah Technical College Foundation recognized Kristin as a Community Star for her work in the Savannah community. She is a graduate of Leadership Savannah and has served on the boards of American Red Cross, American Marketing Association, Tourism Leadership Council, Savannah Chamber of Commerce, Savannah Marketing Group, South Magazine, United Way and Visit Savannah.

Brett Kohler serves as the Executive Assistant to the Chief of Staff and the Director for Economic Development and Community Relations at Georgia Southern University. In his role, he supports the daily operations of the department. Kohler graduated from Georgia Southern in December 2020 with a BA in Political Science. As a student, he was actively involved in campus life. One of his favorite roles was serving on the Student Government Association from September 2017 to May 2020 with his last position being that of SGA Vice President for Finance. In addition, he worked as a student assistant in the Office of the Vice President for Business and Finance for the past two years. Brett has a passion for external affairs and has actively sought out ways to get involved with local government such as serving as a campaign intern for Eddie Deloach’s 2019 mayoral campaign and working as an intern in the Bryan County Office of Voter Registration. He began coursework for Georgia Southern’s Master of Public Administration program in Spring of 2021. 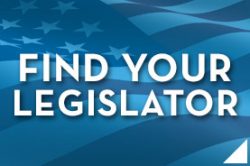