Georgia Southern University is expanding its online education and giving Georgia and out-of-state college students more flexibility and options to help them earn their college degrees on time.

This summer, the University is offering more than 300 fully online classes to undergraduate and graduate students, a new record for us.

Whether students are planning to go home for the summer or working a full-time job, they can get ahead or take a class that they may not have been able to get during the regular school year.

If you are an alumnus and want to start your graduate degree or pursue another undergraduate degree, the summer is a great time to get started.

Registration is currently underway for summer and the University will be offering courses during three separate accelerated summer terms including: Term A (May 20 – June 19), Term B (June 24 – July 25) and Long Term (May 20 – July 17).

For more information on our summer course offerings, visit: www.georgiasouthern.edu/summer 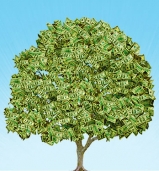 Georgia Southern University has announced that it will now provide its students and families with the option to pay for college through a unique payment plan – all with the goal of making college more affordable.

Georgia Southern is teaming with Nelnet Business Solutions to provide students with the ability to pay tuition and fees over time. Students and/or their parents are now able to enroll in the new program which offers easy online enrollment, flexible payment options and no interest.

So how does it work? Students enroll in the program at a cost of $50 per semester. They then pay 60 percent of their bill upfront and then will have two additional months to pay the remaining 40 percent.

The payment plan will cover the cost of tuition, student fees, meal plans and on-campus housing for each semester/term. In addition to being able to enroll online, the plan also offers flexible payment options including automatic bank payments and credit and debit card payments including American Express, Discover and MasterCard.

Students or families may finance up to $5,500 per semester using Nelnet.

Both have published numerous scientific articles on the impact of obesity on children and, in their text, Always the Fat Kid—described as a clarion call for parents—offer the message that being overweight in youth is not a disease, but the result of poor lifestyle choices. The two appeared on Tavis Smiley earlier this week.Watch Here

Georgia Southern University’s Southern Pride Marching Band was invited to be part of opening night with the Atlanta Braves. The band marched onto Turner Field and performed this past Monday as the Braves defeated the Philadelphia Phillies to begin the 2013 season.

The band performed songs from various Southern Pride shows from this past season including some Motown selections as well as the Georgia Southern fight song. Then after playing, members of Southern Pride lined up and formed a tunnel that the Braves ran through and onto the field as the 2013 team was introduced.

This is just the latest high-profile performance for Southern Pride. Two weeks ago, four drummers joined Georgia Southern alumnae and singer Elizabeth Cook for her appearance on the Late Show with David Letterman. 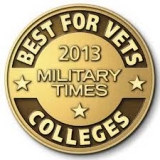 Georgia Southern University’s College of Business Administration has been honored by Military Times as being one of the best business schools for veterans in the United States. In the first-ever survey, COBA received the “Best for Vets: Business Schools” seal.

Georgia Southern was singled out for its online and part-time MBA program and for having staff dedicated to veterans issues in the business school.

The Best for Vets survey is in this month’s edition of Military Times on newsstands and online.

If you haven’t seen it yet, Georgia Southern and the Georgia Department of Revenue’s Motor Vehicle Division have teamed up to launch a new official license plate for the University. The new plate is now available in tag offices throughout the state of Georgia.

The new Georgia Southern University license plate features the popular Georgia Southern Eagles logo prominently on the left. The same image serves as a watermark behind each plate’s unique numbers. Along the bottom, the plate features the phrase “The Eagle Nation” in a blue stripe. By purchasing you will not only be showing off your True Blue spirit, but you will also be helping us provide scholarships to deserving students.