Although the leaves have yet to change colors here in Statesboro, it is definitely fall! After a busy summer with more than 9,000 students taking classes, the upcoming fall semester is shaping up to be an active time, with students preparing for Convocation this Wednesday, August 13 and Operation Move-in this Friday, August 15.

I have to admit, I can’t wait for another winning season of Georgia Southern football. With new leadership under Coach Fritz, three nationally televised games, an expanded tailgating experience for students including a concert series, and the opening of the new Football Operations Center, this year promises to be a special season for Eagles on the gridiron.

Oftentimes, it appears as though our athletics programs here at Georgia Southern receive more media and community attention than do our renowned academic and research activities. While this may or may not be true, depending upon your personal perspective, there is no denying that athletics draws notable attention to the University. As Director of Athletics Tom Kleinlein always says, athletics is the “front porch” for Georgia Southern. And there is some truth to this. Athletics certainly raises awareness, brings name recognition and can offer opportunities that may not have been possible without strong community support for our favorite local teams.  Furthermore, the opportunity to have two nationally-televised football games on Thursday nights this year provides Georgia Southern a stage upon which we can tell the story of our many outstanding academic successes to millions of potential future students.

Yet, athletics at Georgia Southern only exists because of the University itself and all that it stands for. Without our faculty, students, dedicated alumni and donors, and a stunning campus of natural beauty, our athletes would not have Georgia Southern University to call home. We can all be proud in knowing that with every win tallied, every scholarship awarded, and every internship received, every graduate walking at the commencement ceremony is a member of the Eagle family. We would not be here without student, professor, or student-athlete. I thank them all for making Georgia Southern what it is today.

Ultimately, no matter the semester or season, we are all on the same team. Each of us plays an important role in bringing Georgia Southern to the next step of our combined journey. And for that we can all be proud. 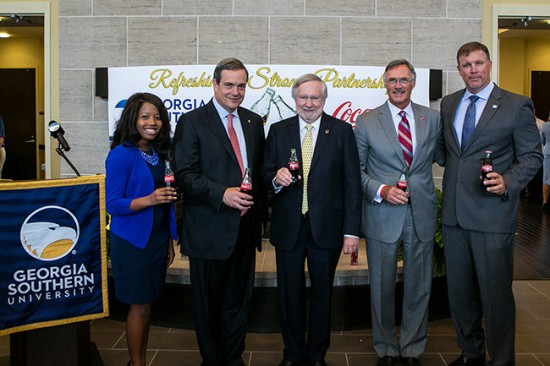 Coca-Cola will also work with Georgia Southern on sustainability and green initiatives by providing environmentally sensitive programming, including recycling options – a key piece of the renewed deal, since students recently voted to increase student fees by $10 to cover sustainability efforts across campus.

This ongoing partnership marks a turning point for Georgia Southern. Along our journey to be the Greatest University in America, the achievements of our students, student-athletes, researchers and faculty are gaining national recognition. Georgia Southern’s positive reputation and increased exposure to a broader audience has set the stage for even more partnership opportunities with business and industry. Organizations are taking a closer look at our Points of Pride and noting our ever-growing faculty, staff, students and alumni successes.

If you drive by the corner of Old Register Road and Veterans Memorial Parkway in Statesboro you will see something exciting taking shape. Ajax Construction has put up a construction fence and has finished the final grading of the foundation for the Shooting Sports Education Center. The center is scheduled to open in late Spring 2015.

The Shooting Sports Education Center is a partnership between Georgia Southern and the Georgia Department of Natural Resources (DNR). The DNR secured a $3.5 million grant to go along with private donations made to the University and support from the Easton Foundation and the City of Statesboro.

“This is a great opportunity for the community with a large amount of excitement and community interest surrounding it.” – Tim Gauthier, Director of the Shooting Sports Education Center 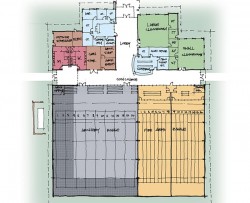 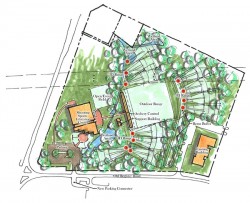 You may have heard around campus or read in Georgia Southern magazine’s spring edition that Sanford Hall recently received a much needed facelift. Sanford Hall has received updates over the years but nothing as extensive as its latest renovation. Originally built in 1936 as a 100-room men’s dormitory, wooden beams have been replaced with a steel frame. The interior has been transformed into a state-of-the-art University facility and is now the permanent home of the Department of Communication Arts, which includes multimedia communication, journalism, public relations, communication studies and theatre. For years, the department’s programs had been separated into six buildings across campus. Students will begin using the space in a couple of weeks. The work is complete and the dedication ceremony will be held on Thursday, August 21, at 5 p.m. in front of Sanford Hall on Sweetheart Circle. I invite everyone to join us and tour the new Sanford Hall. 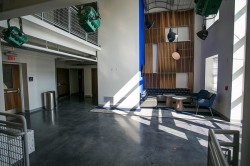 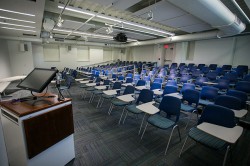 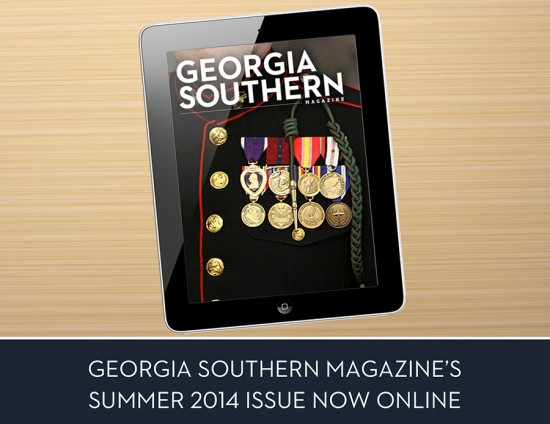 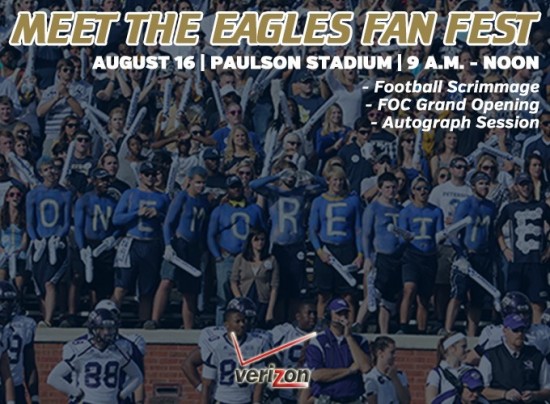 On August 16, Eagle fans will have the opportunity to watch Georgia Southern take the field for their final scrimmage of preseason camp at 9:30 a.m. In addition, the football team will join members of the women’s soccer, men’s soccer and volleyball teams for “Meet the Eagles” at 11 a.m. on the North Concourse.

The final scrimmage of Georgia Southern Football’s preseason camp will be open to fans who want to watch the team’s ongoing preparation for the opening of a brand new season. Eagle fans will also be able to go on a self-guided tour of the new 50,000-square-foot Football Operations Center immediately following the ribbon cutting at 9 a.m. (see below) until 10:45 a.m.

Eagle cheerleaders and mascot GUS will be on-hand as well as inflatables for the kids, which open at 10:45 a.m. on the North Concourse. Once the football scrimmage is over, the new video board and sound system will be operational. Attendees are encouraged to stick around to watch video promotions and listen to music played throughout the new stadium speakers. The football team and coaches will also sign autographs following the scrimmage. 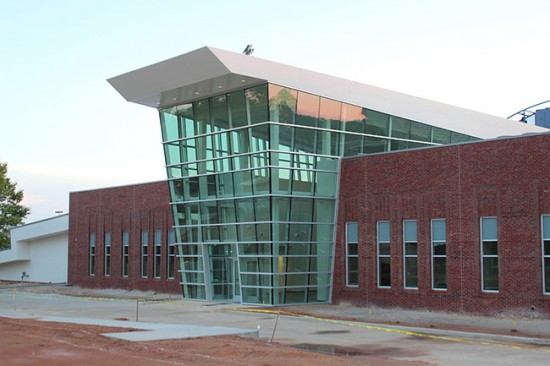 First Day of the Fall Semester

Day One at Paulson Stadium

DAY ONE is designed as a pep rally to kick off the new academic year by teaching traditions to the newest members of Eagle Nation.

Kingdom Under Glass examines the relationship between exploration and exploitation. For decades, natural history museums have presented dioramas that are meant to educate patrons and preserve endangered animals or environments. However, these staged spectacles strike the artist as overly utopian and seductive.