This past year was one of records and milestones. Check out Georgia Southern University’s Top 10 stories from 2012.

If you have a family member or friend who graduated and did not have a chance to attend, watch the ceremonies online. Watch Now. 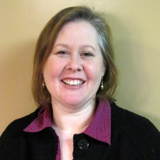 She recently spent a week at the Institute, which is housed at Arizona State University. The nationwide fellowship program helps faculty develop courses and programs in entrepreneurial journalism.

Broadway is now developing a course in entrepreneurial journalism. 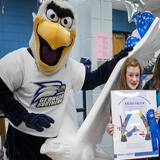 Eagle Nation in Education is a public service project of Eagle Nation on Parade created to offer K-12 students in Bulloch County an opportunity to express, create and expand their artistic abilities. The University received 464 submissions and ultimately named 7th grader Kelsey Fallin as the winner. The William James Middle School student will now work with a Georgia Southern graduate student to create her design on the six-foot-tall fiberglass eagle, which will be unveiled at the University’s ArtsFest on April 6. 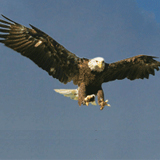 The Georgia Southern University Athletic Foundation has embarked on the Soaring to Victory Capital Campaign to benefit Eagle Athletics. The campaign heralds a generational opportunity to impact the University, the community and the region for the next 25 years. You and your family and/or business can be a part of this exciting campaign to benefit so many. 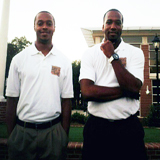 The creators, Travis Reeves and Austin Hawkins (pictured above), originally met their freshmen year at Georgia Southern through mutual friends. Little did they know, four years later they would become business partners.Read more… 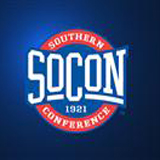 More than 20 Georgia Southern Eagles were named to the Academic All-Southern Conference Team for the 2012 fall semester as announced by the league office recently.

Of the Eagles’ 25 Academic All-Southern Conference selections, seven each came from the men’s soccer and the women’s soccer teams, while the volleyball team had six honorees each.

These are just a few select events that are taking place this month, so please check the below calendars for more information.